Before that, here’s the main gate.

It cost ¥800 (SGD$10.00) for adult and ¥600 (SGD$7.53) for children to access into all 3 areas (Sambouin, Garan <Shimo-Daigo> and Reihoukan museum). The combined admission ticket does not include Kami-Daigo. This has to be paid separately.

The admission price will be increased almost double the normal price during certain seasons. They only accept cash. 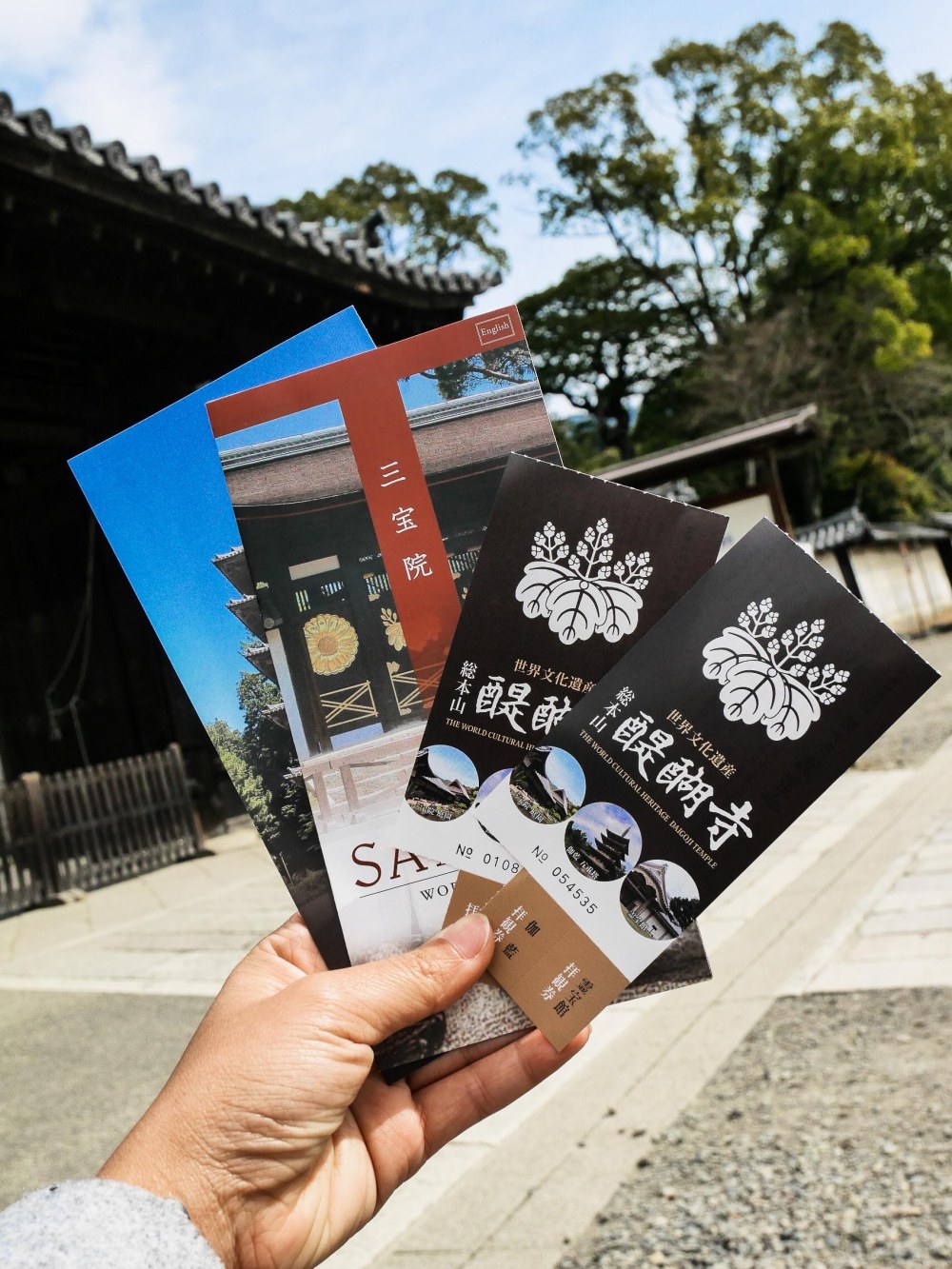 The streets around Sambo-in can be freely access without buying any admission ticket. 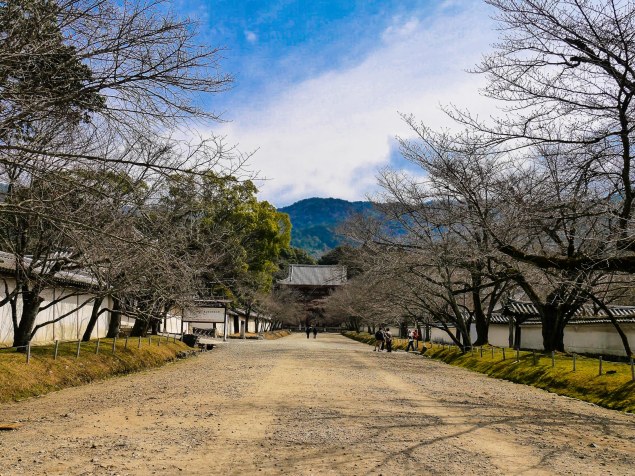 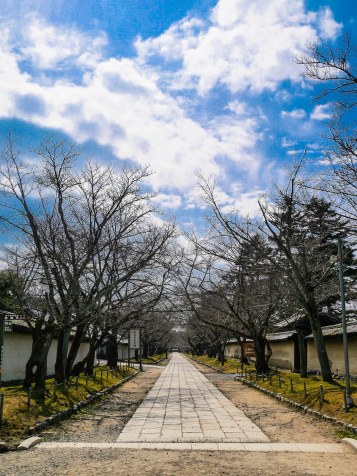 After buying the admission tickets, it will first come across the Sanboin. It is a Buddhist temple in southern Kyoto together with its famous Japanese garden and once used as the residence of the successive archbishops of Daigoji Temple.

Photo-taking is not allowed inside except the view of the entire garden. 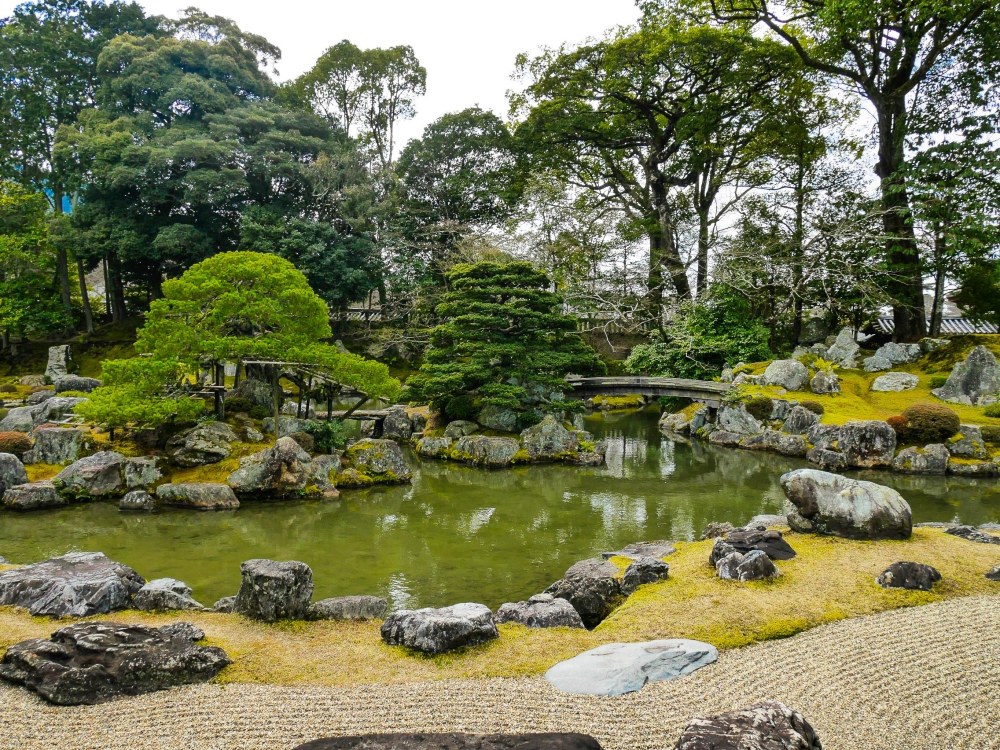 This place is famous for its beautiful landscape garden.

The garden is designed with a large pond, several paths and bridges and contain over 700 stones. 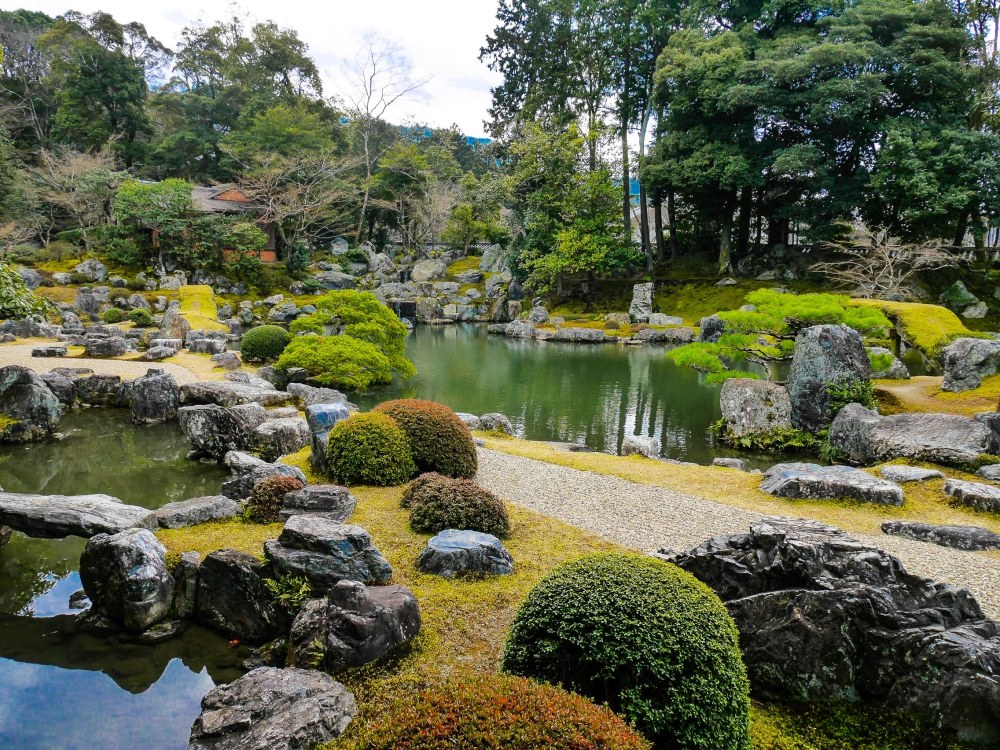 There’s another small garden in the middle of the building. 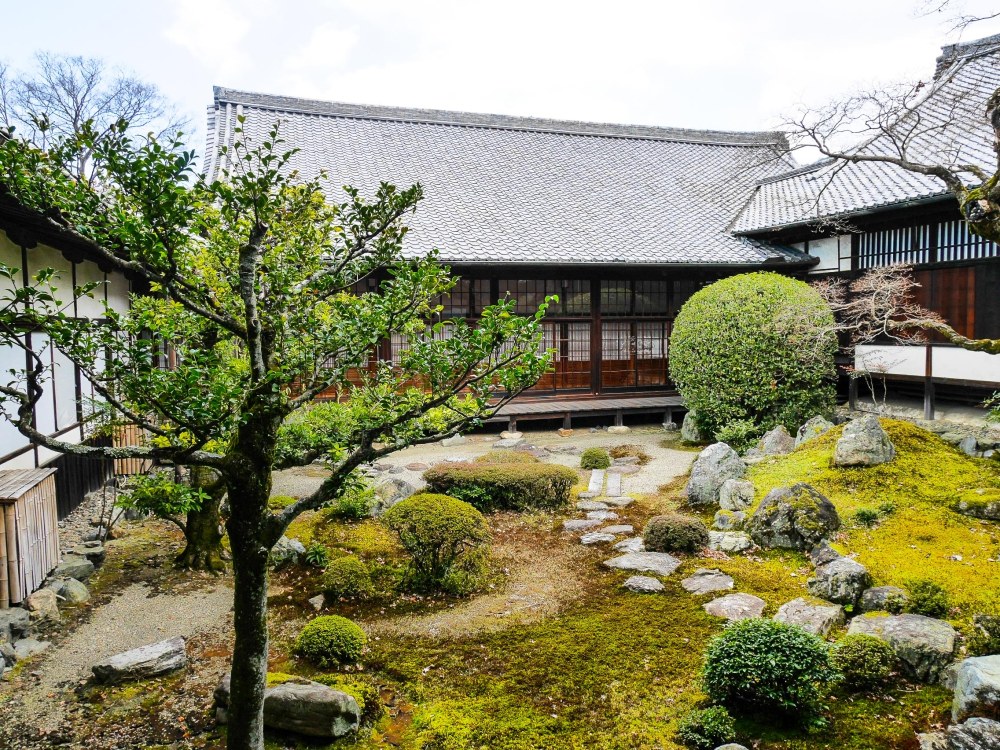 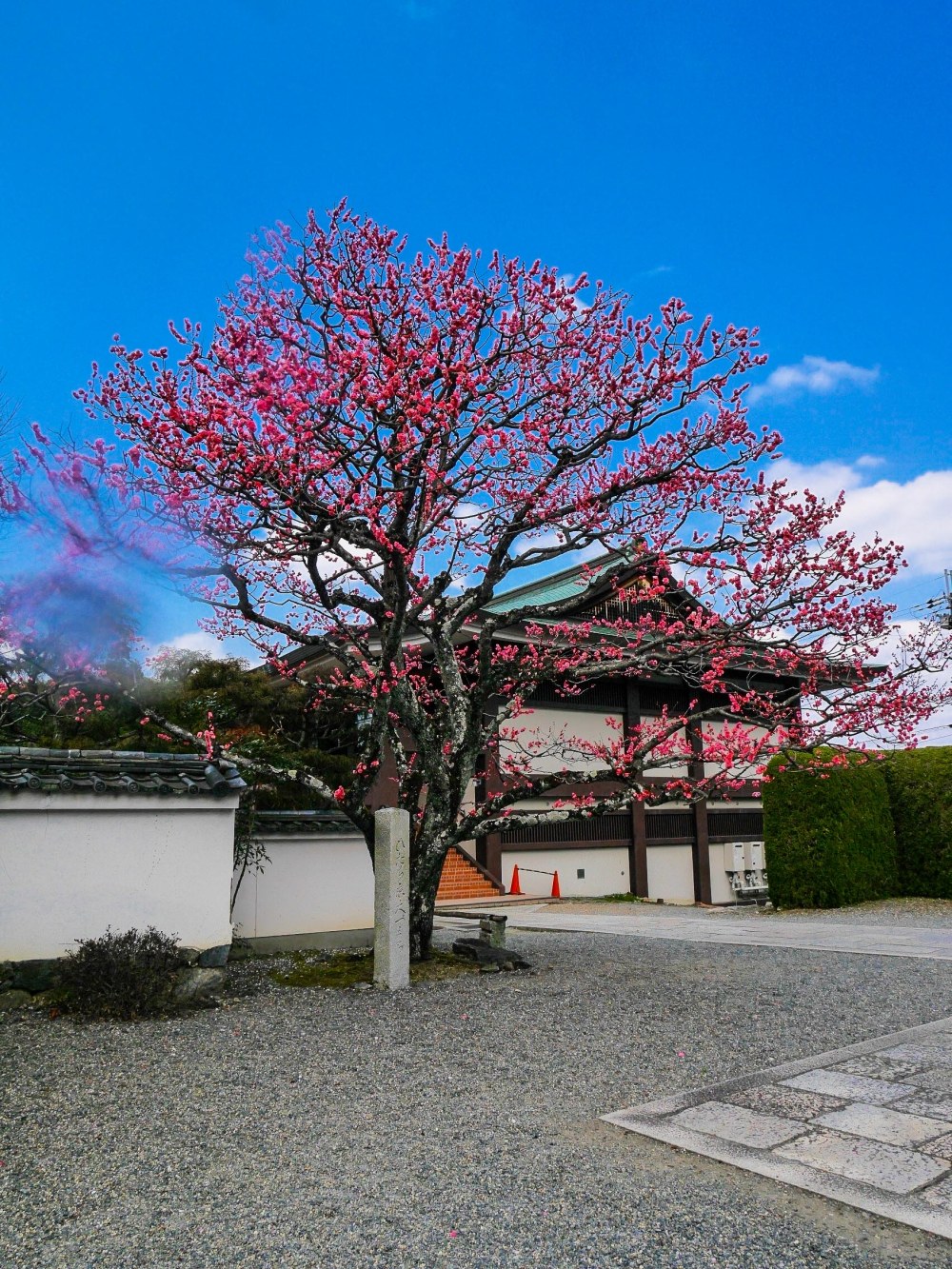 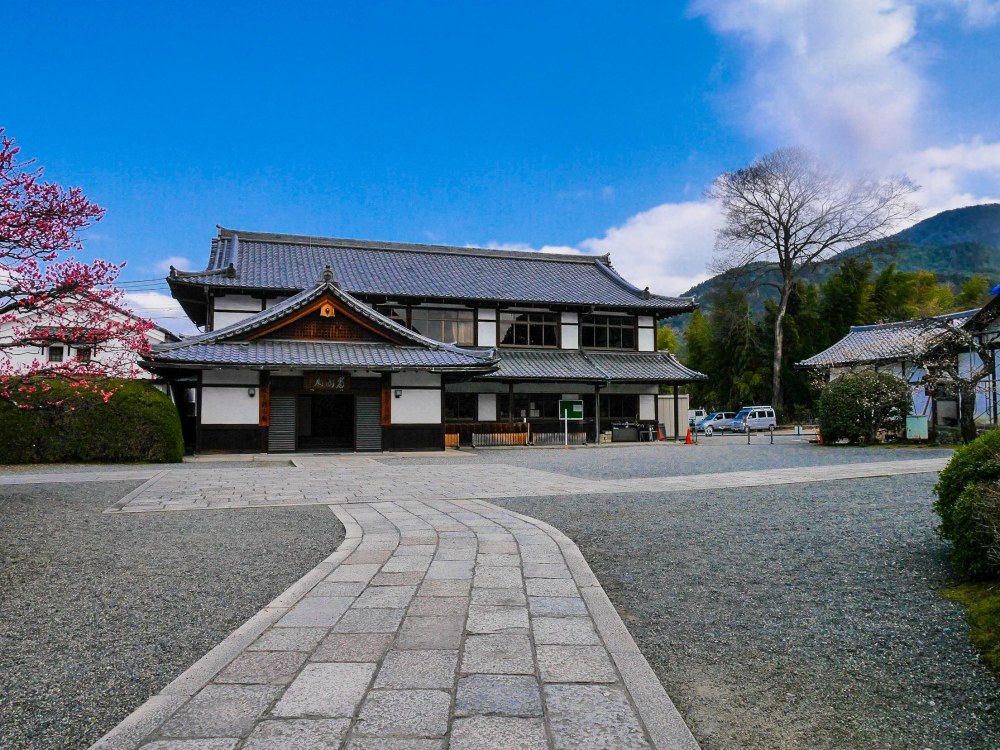 There’s a little pathway towards a small garden on the left (on top of the photo). 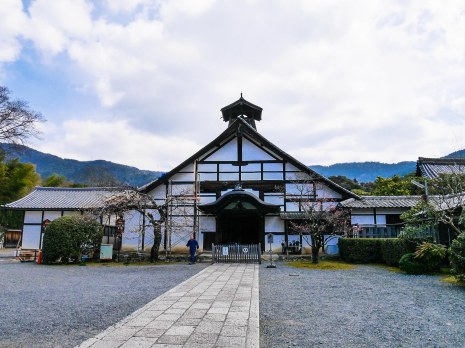 After exit the Sambō-in area, a short walk further up will bring you to the Nio Gate. 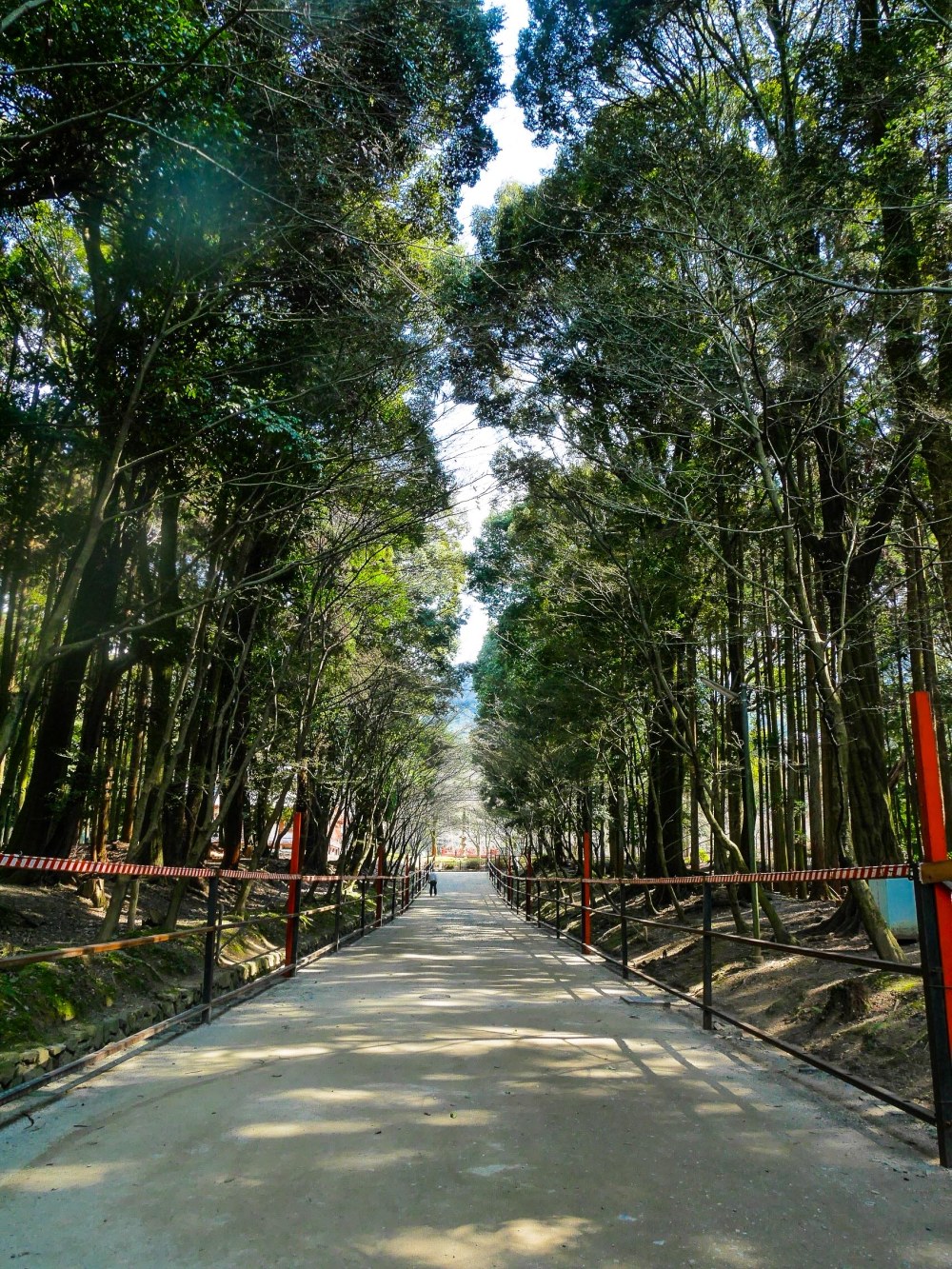 Walkthrough the gate will get into the temple grounds in the Shimo-Daigo (Lower Daigo) area.

One of the main building in the Shimo-Daigo area is Kondo (The Golden Hall) which stores the temple’s main object of worship, a seated statue of the Yakushi Buddha.

This five storied pagoda is 38 meter tall which is the oldest building in Kyoto. 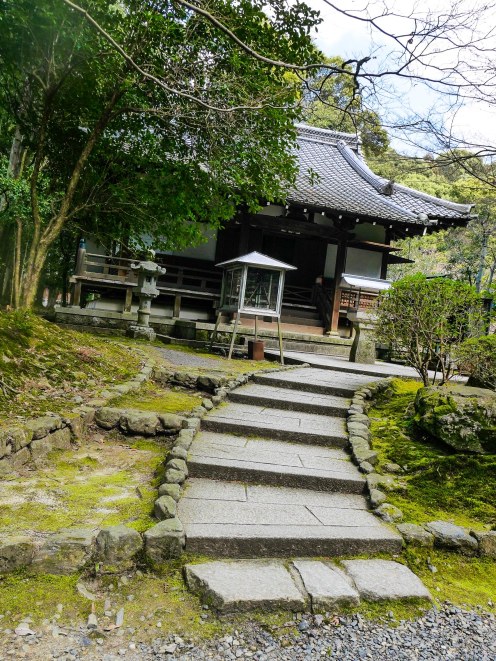 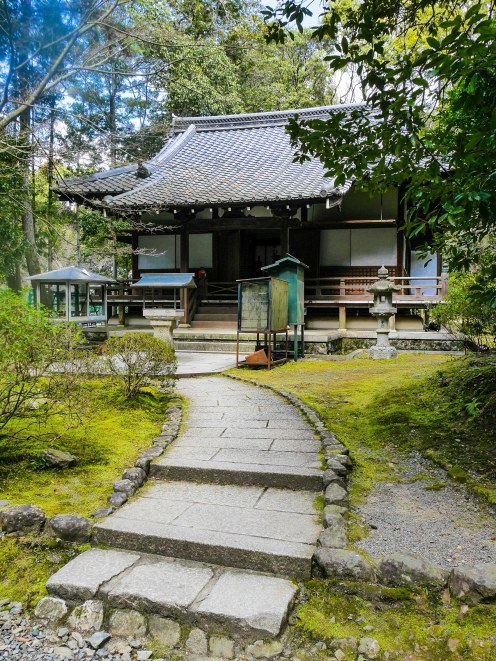 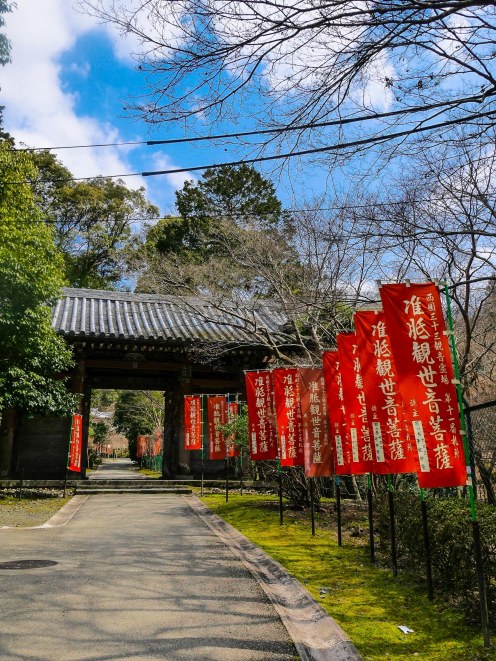 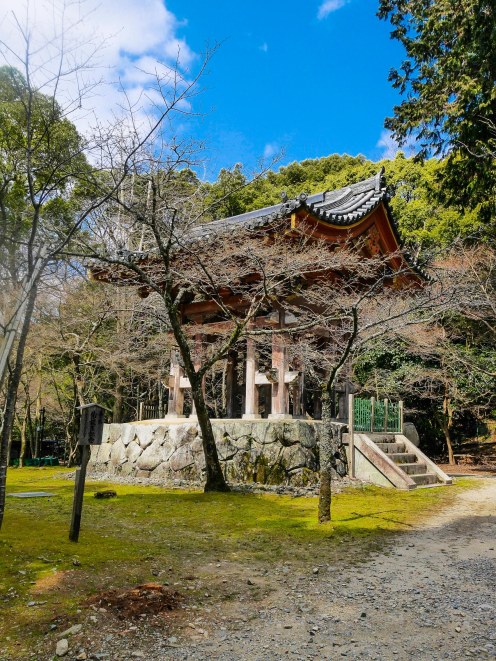 Bentendo Hall is the most photographed building in Daigoji, which is next to a big pond at the very back of Shimo Daigo area. 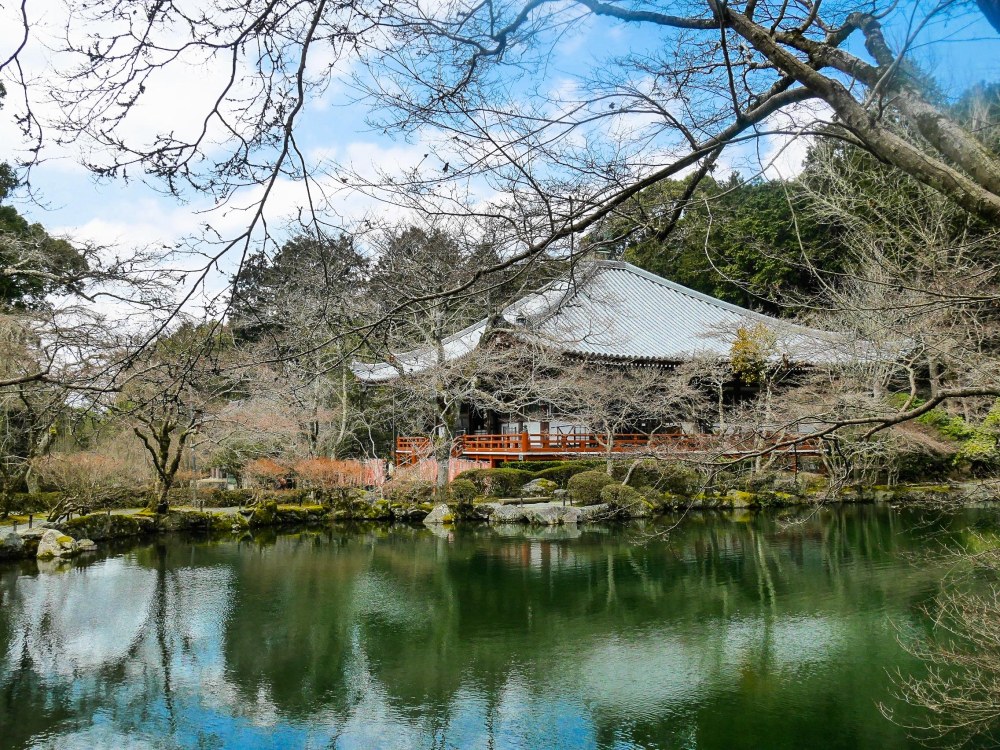 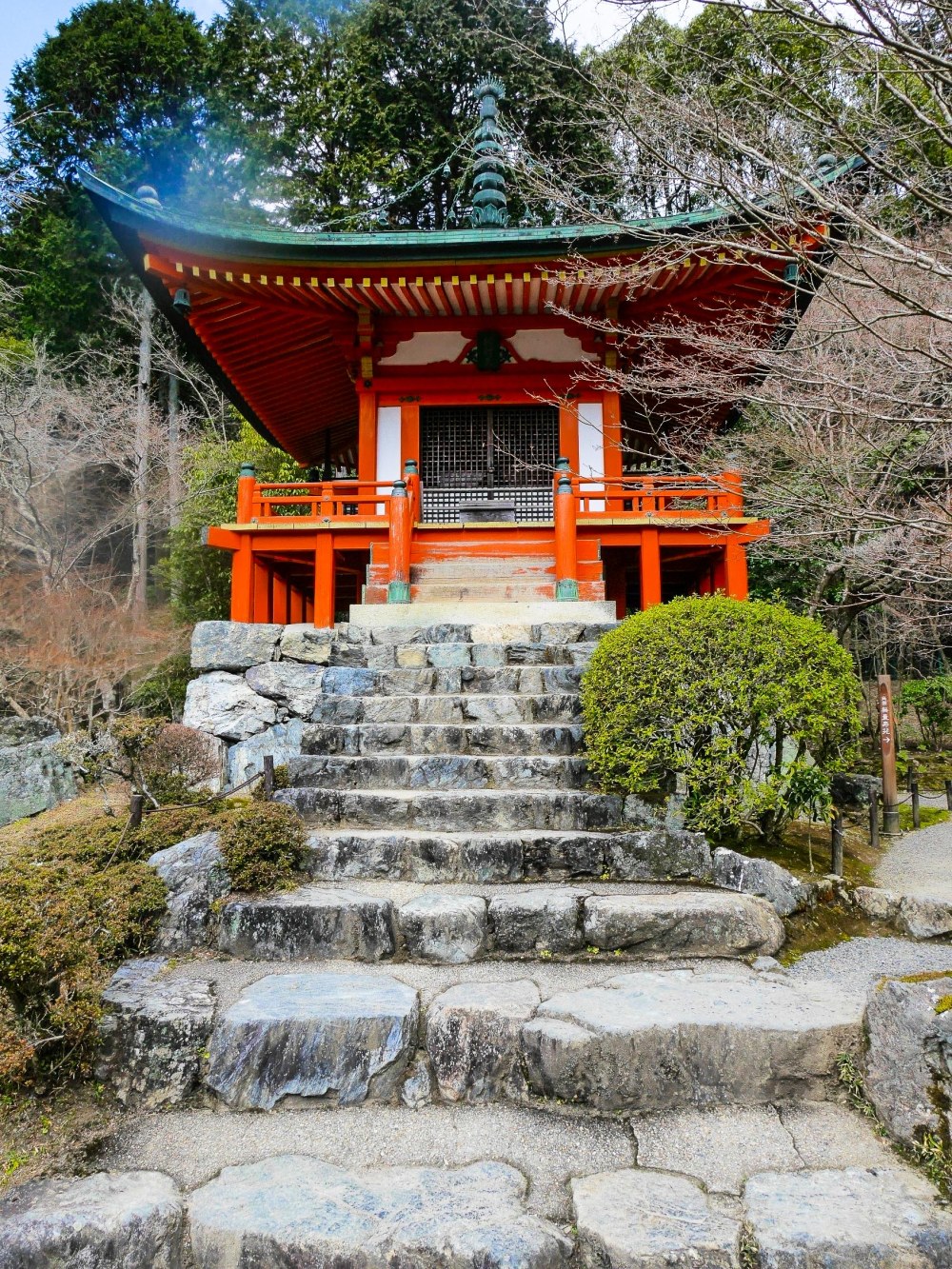 Further up, not far from Bentendo Hall, is the trailhead to the Kami-Daigo (上醍醐) (Upper Daigo). There are many more temples around the summit of the mountain. But unfortunately, we didn’t keep on going after this point.

The last but not least to explore after walking out from the Shimo-Daigo area is the Reihokan Museum. 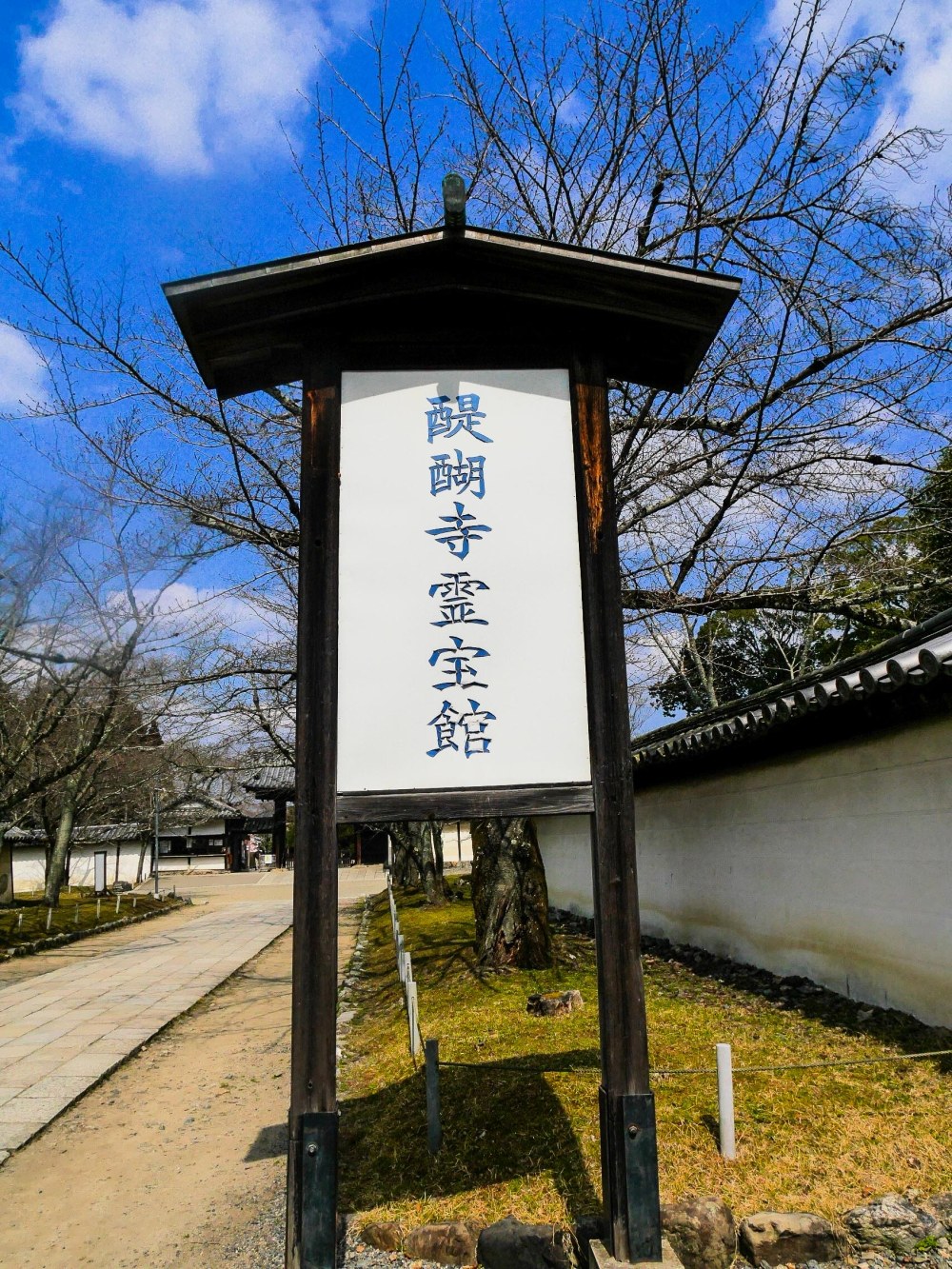 It is an elegant treasure house which preserves and displays the temple’s large collection of historic documents and arts objects (including statue, paintings, carvings and craftwork).

Some of this national treasures and cultural assets will be exhibited to the public during spring and autumn seasons. 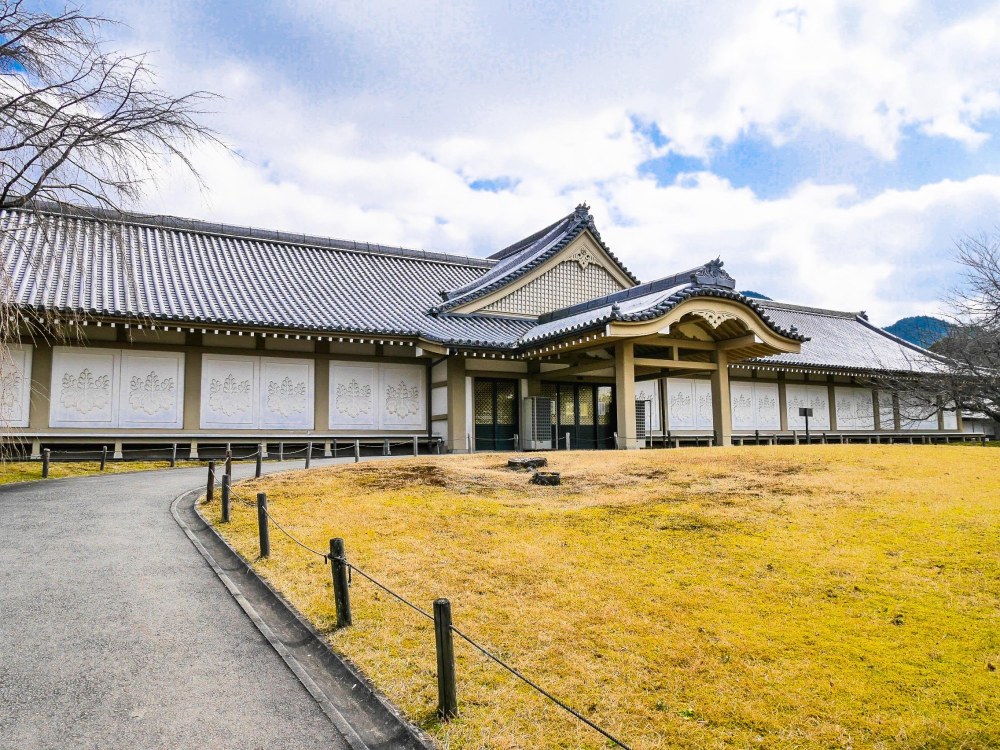 No photographs are allowed indoor. 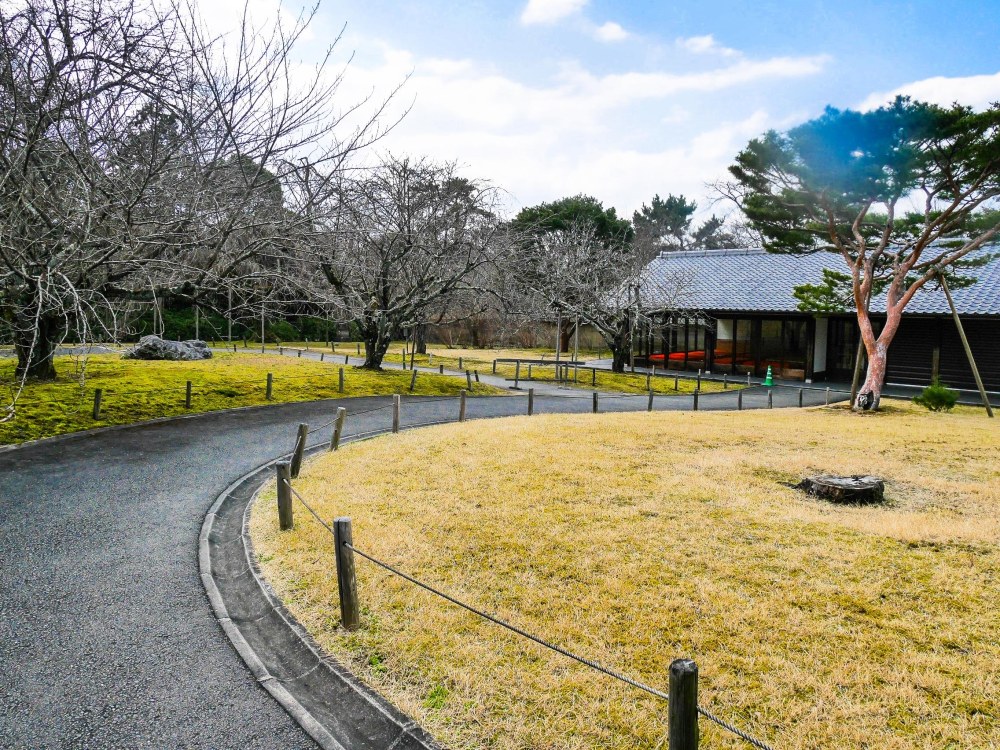 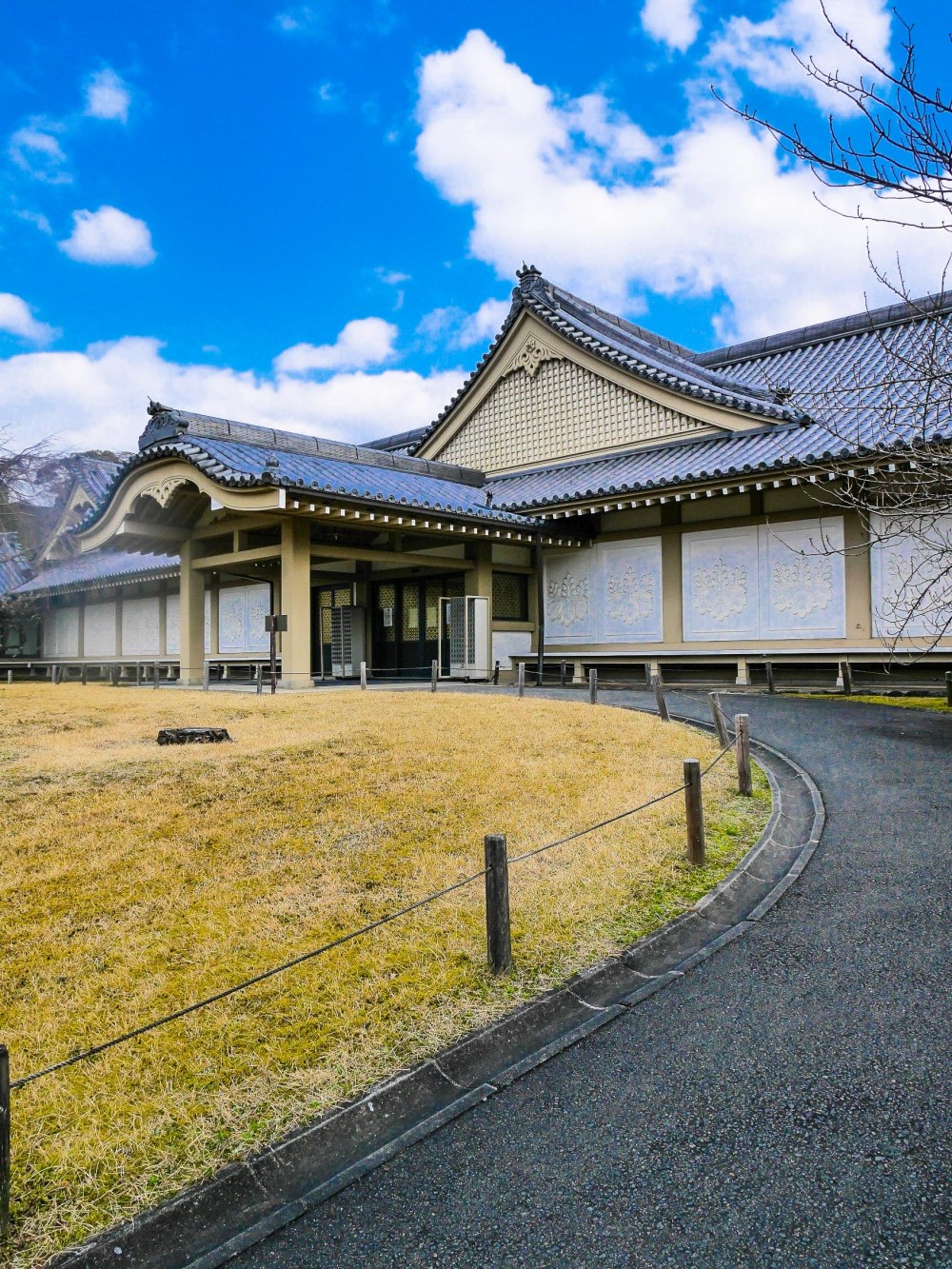 To know more about the overview of this Japan trip, you can check out our main post “OHAIYO JAPAN MAR 2017: Kyoto – Osaka – Nara (9D8N)”.

Ultimately, you can also check out the whole itinerary of our Kyoto post “{JAPAN} Kyoto Mar 2017 (5D)”.